What are the Northern Lights?

The Aurora Borealis is a natural light display in the sky, caused by the collision of charged solar particles with atoms in the upper atmosphere. The Earth’s magnetic field channel the particles to the poles, where the lights are visible from the ground.

The aurora is always there, but because of the sun, it is not always visible. Because of the comparative weakness of the auroras light, it can only be seen at night.

In the north, we each year in the summer experience a special phenomenon because on the earths axial tilt; the sun never sets. Meaning no nights to see the aurora.

Because of that we have an Aurora Season going from late September/early October to late March. And for some reason not entirely clear to science yet, the aurora is far more active in late autumn and early spring.

Will we be able to observe the lights in Reykjanes?

If you stay only for a day, the answer is most likely, “no”.

The Northern Lights are the products of cosmic forces with NO regard for our guests traveling plans. The lights are always changing, always on the move. Observing the Northern lights is often a tug of war between your patience and the Northern lights itself. Stay inside the Northern lights oval at least a week, preferably two, and you will be rewarded – unless local weather suddenly decides to obstruct your view with a thick layer of clouds. 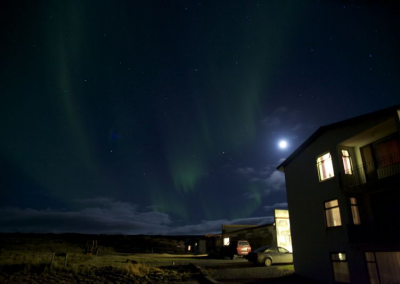 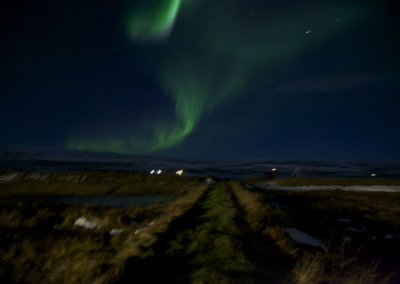 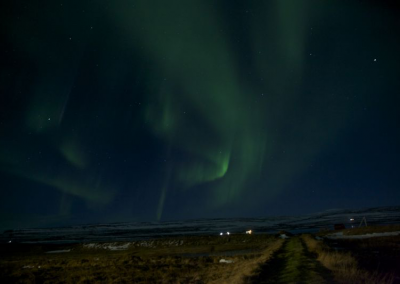